Shutting down GEB and returning collateral back to users

The GlobalSettlement is meant to shut down the system and reimburse SAFE users as well as system coin holders with all the collateral that's locked inside.

We chose to give priority to SAFE users (when it comes to redeeming collateral) meaning that all users with positions above the liquidationCRatio (collateralization ratio under which a SAFE gets liquidated) should be allowed to retrieve surplus collateral.

This step sets the final price for each collateralType, reading off the price feed. We must process some system state before it is possible to calculate the final systemCoin / collateral price. In particular, we need to determine:

b. outstandingCoinSupply (after including system system surplus / deficit)

We determine (a) by processing all under-collateralised SAFEs with processSAFE.

This step cancels SAFE debt. Any excess collateral remains and the backing collateral is taken.

We determine the outstandingCoinSupply by processing ongoing coin generating processes, i.e. auctions. We need to ensure that auctions will not generate any further coin income. In the two-way auction model this occurs when all auctions are in the reverse (decreaseSoldAmount) phase. There are two ways of ensuring this: waiting until shutdownCooldown seconds have passed since the initial settlement trigger or use fastTrackAuction.

1. shutdownCooldown: set the cooldown period to be at least as long as the longest auction duration (which needs to be determined by the shutdown administrator). This takes a fairly predictable time to occur but with altered auction dynamics due to the now varying price of the system coin.

2. fastTrackAuction: cancel all ongoing auctions and seize the collateral. This allows for faster processing at the expense of more calls. This option allows coin holders to retrieve their collateral faster. Concretely, fastTrackAuction(collateralType, auctionId):

In the case of an EnglishCollateralHouse, reduceAuctionedAmount (reverse) phase auctions can continue normally.

Option (1) is sufficient for processing the system settlement but option (2) will speed up auctions. Both options are available in this implementation, with fastTrackAuction being enabled on a per-auction basis.

When a SAFE has been processed and has no debt remaining, the remaining collateral (SAFE surplus collateral above the liquidation ratio) can be removed.

Removes collateral from the caller's SAFE.

After the processing period has elapsed, we enable calculation of the final price for each collateral type.

This function is only callable after the processing time period has elapsed and if the AccountingEngine has no more surplus left. AccountingEngine.transferPostSettlementSurplus can be called in order to drain any remaining surplus and allow setOutstandingCoinSupply to be executed.

Calculates collateralCashPrice (amount of system coins per one unit of collateral). It adjusts the cash price in the case of system deficit / surplus.

At this point we have computed the final price for each collateral type and coin holders can now turn their coin into collateral. Each unit coin can claim a fixed basket of collateral.

Coin holders must first prepareCoinsForRedeeming into coinBags. Once prepared, coins cannot be transferred out of the bag. More coins can be added to a bag later.

Put some coins into a coinBag in order to redeemCollateral. The bigger the bag, the more collateral the user can claim. 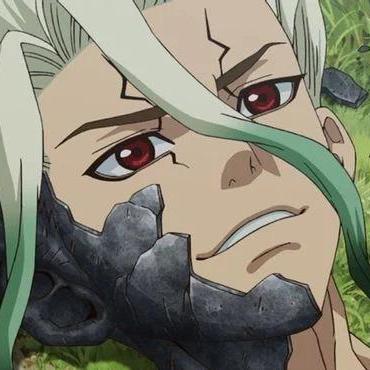